The Value of Data Fusion

Recently, the PRISM team has been out on the road discussing our services and methods with potential and current clients. During the process, we generated interest in our data FUSION process and the value it adds to investigations. It made us realize our readers (you) could benefit from the same discussion. To simplify the process, we will discuss the value added from each type of data source. Currently, we utilize three main sources: Public Records, Online Content, and Social Media Content. 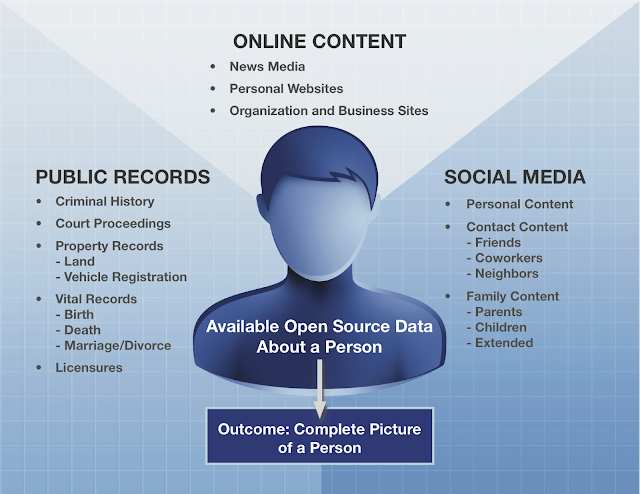 Public records push a research project off in the right direction. With the abundance of personal information available, these records make it possible for you to look up criminal and litigation history, identify physical locations and property information, map out potential networks of family and associates, and vet out current licensures. Together, all of these records combine to build a base for your research. They provide relevant search terms and locations for the rest of your work. However, many public records databases contain outdated, incomplete, and inaccurate information. You still have to look at other sources of information to verify the data and paint a more complete picture of the individual of interest.

General online content is a great way to find out how the individual of interest interacts with society at large. News stories can help research a multitude of issues related to an individual. First, they can help you identify any additional criminal or civil litigation information which may have been excluded from public records. Second, news articles provide a wealth of knowledge regarding business operations which can help you set a general context for the individual’s professional life. Finally, local news also tends to spend time giving lip service to those doing work in the community, which can help you identify additional organizations connected to the person of interest. When you combine this data with personal and professional websites, you have additional contextual data that informs you about what the person is involved in on a routine basis. However, this data, even when combined with public records, tells you very little about the actual person you are investigating and still may contain some inaccurate information.

Social media content’s best value added comes from the data about the person’s personality, interests, and habits. When a person posts a wide array of information about the things they like, do, and consume, it becomes very easy to identify additional places to locate information. Social media profiles also provide a great wealth of connection data that allows you to confirm connections from public records and build out additional social networks. Additionally, you can verify some of the data that was originally identified in both public records and online content. It is imperative this data is fused together with public records and online data during the research process. Without social media, it is nearly impossible to fully understand an individual.

To add reliable, actionable intelligence to your investigation, it is imperative to use a data fusion approach. Without using a comprehensive online research solution, you can be acting upon inaccurate or incomplete information. In order to provide a truly thorough investigative service to your clients, you should implement a data fusion process as a integral part of your operations.
Posted by CES PRISM at 8:20 AM

Building Your Tool Chest is a series devoted to the review and analysis of tools that assist with social media and open source research and analytics.

The world of social media and online content is becoming increasingly visual. Photos and videos are becoming the primary vehicle used by many to communicate their thoughts and ideas with others. Gone are the walls of text once prevalent in the era of Geocities. Today, online content generally focuses on conveying messages with little text in a manner designed to impact users in a big way.

This trend is exemplified by Facebook’s recent announcement it was transitioning to a more visual news feed. The change was reportedly prompted by the growing popularity of other social media sites such as Instagram, Pinterest, and Tumblr. Additionally, Google recently added a carousel design to its search returns which show photos related to search terms. These changes to a more visual culture has made the analysis of images during social media research much more important.

Analysts must be able to draw conclusions from the content of the photos themselves. More importantly, analysts must equip their toolkit with applications that visualize the metadata behind photos and give users the ability to search for images across the Internet. There are a variety of individual services that perform these functions such as TinEye and metapicz. However, there is a Google Chrome application which combines a variety of these image analysis tools into a single, simple interface: Image Tools.

Image Tools combines applications that extract exchangeable image file format (exif) data and provide reverse image search services together in a single right-click interface. With this application, analysts can gain insight into the data behind photos and determine if they are used elsewhere. The two main features of the tool are exif viewers and reverse image searches.

Exif data is a structured data set embedded into most digital images by the device that captured it. Certain tools can extract latent information from images for further analysis. To detail this concept, we will examine the exif data behind our Project Manager’s stylish sunglasses: 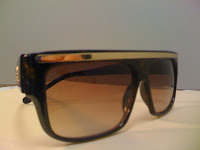 Using Jeffrey’s Exif Viewer, you can visualize an abundance of information. You now know the photo was taken on an iPhone 3G running out of date software on June 19, 2013 at 12:56PM at a specific location. This information is vital when building timelines and placing people at certain locations. The exif tools featured in Image Tools also allow users to see a map of the area where the photo was taken. These latent details give analysts greater insight into the subject of their investigation. 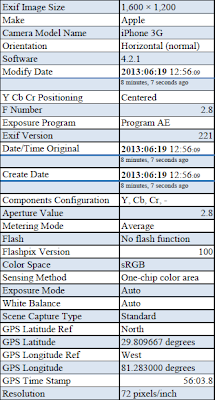 However, there are limits exif data. This data is best extracted from images downloaded from the Internet and email attachments. When an image has been uploaded to a site like Facebook or Imgur, the rich exif metadata is generally removed from the photo. Ultimately, the ability to extract this data depends on the website hosting the image and whether users or the site have scrubbed the metadata from the photo.

Reverse image searches are valuable when you are attempting to identify online accounts maintained by a single individual or the original source of an image. The toolset available in Image Tools allows you to right click on an image and search for sites where that image was used before. This saves a great deal of effort when trying to build out an individual’s online footprint.

To show how this works, we will use a reverse image search to identify accounts belonging to a member of the Syrian Electronic Army. Once you identify one account maintained by the person of interest, you can right click on their profile image and perform a reverse image search. The search for the image below returned thirteen results. From the results, you can to identify YouTube and LinkedIn accounts. Image Tools gives you a jump-start on building out this individual’s digital footprint by helping you identify additional accounts within minutes. From there, you can continue to build out this individual’s network based upon the other data found on these profiles.

Without facial recognition capabilities, the average profile photo does not fare so well in a reverse image search. This method works best when the individual’s avatar is somewhat unique. However, you should always run a reverse image search because there may be relevant results. Using these searches can be valuable time savers when trying to identify where avatars may have been used elsewhere.

The two sets of features detailed above show how analysts can exploit the growing image-centric nature of online content when conducting their research. Image Tools is a great all-in-one app for viewing exif data and searching through disparate data sources to locate images. Every analyst’s toolkit should have a similar tool to investigate the data behind digital images. Thanks to exif data and reverse image searches, you can go beyond what it is in a photo by examining what is behind it as well.
Posted by CES PRISM at 6:04 PM

Building Your Tool Chest is a series devoted to the review and analysis of tools that assist with social media and open source research and analytics.

In May, Google revealed the new Google Maps interface. Currently, it is in its testing phase, and no firm release data has been set. A few of us in our St. Augustine office started using it and instantly noticed graphical improvements to the system. There are some fantastic new visualization features, including tilt view and additional photo streams. However, some ease of use issues may make this version more cumbersome for research. We used Flagler College as a comparison point for differences between the new and current Google Maps.